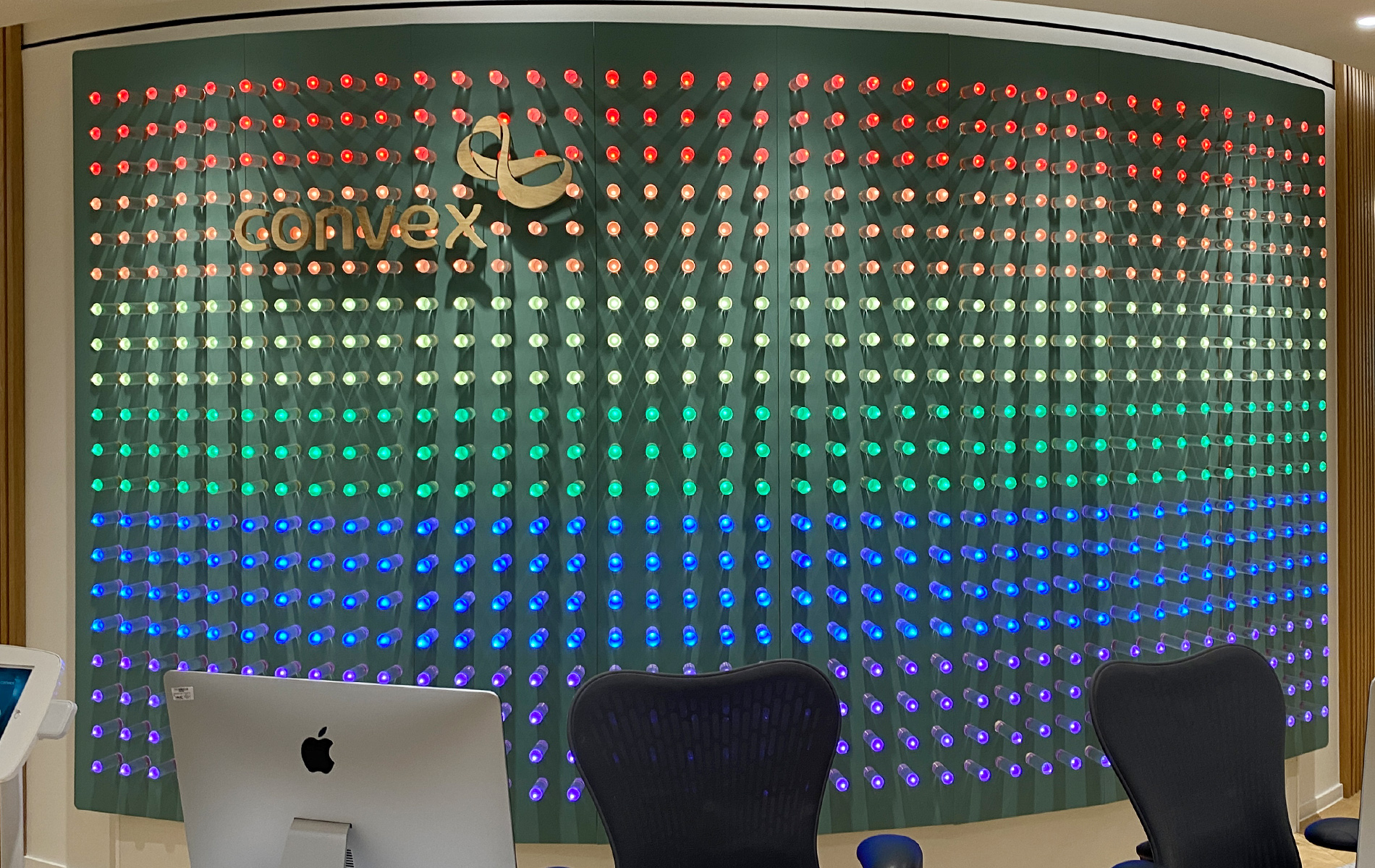 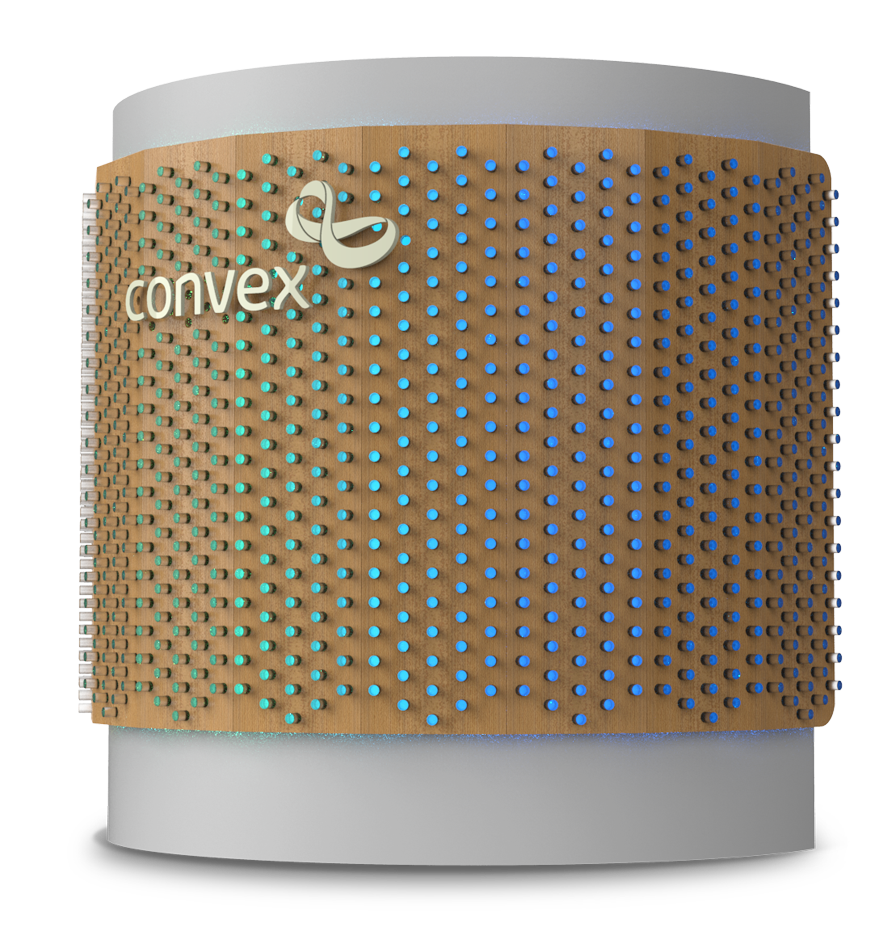 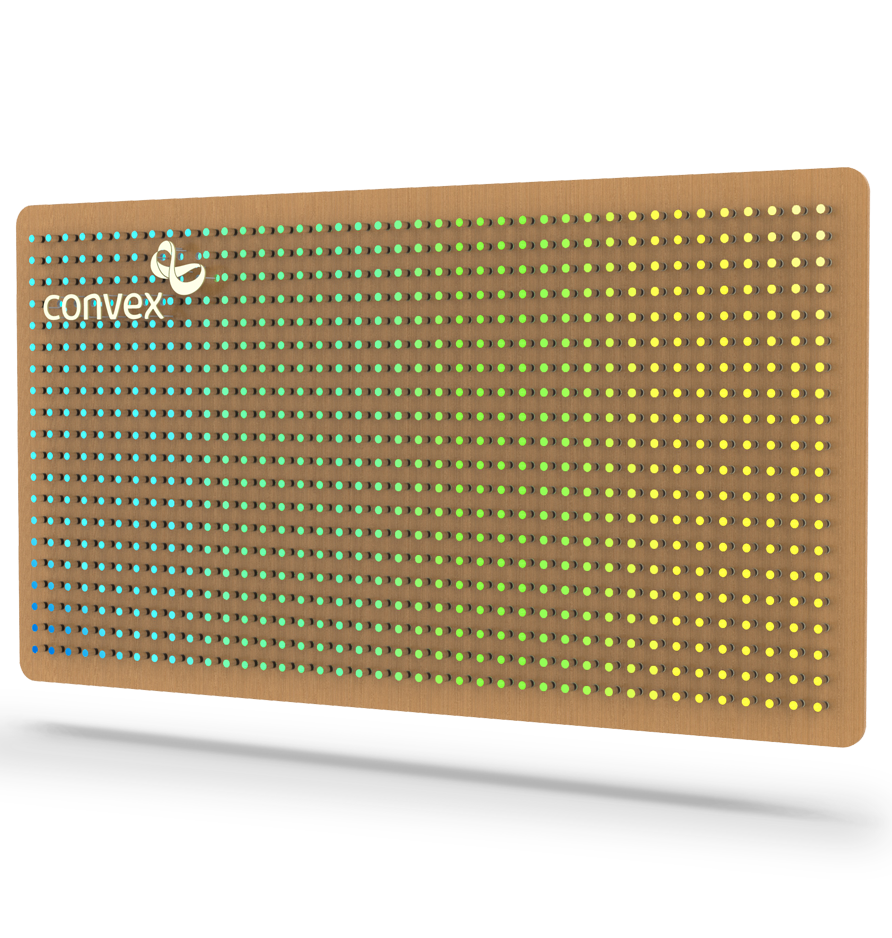 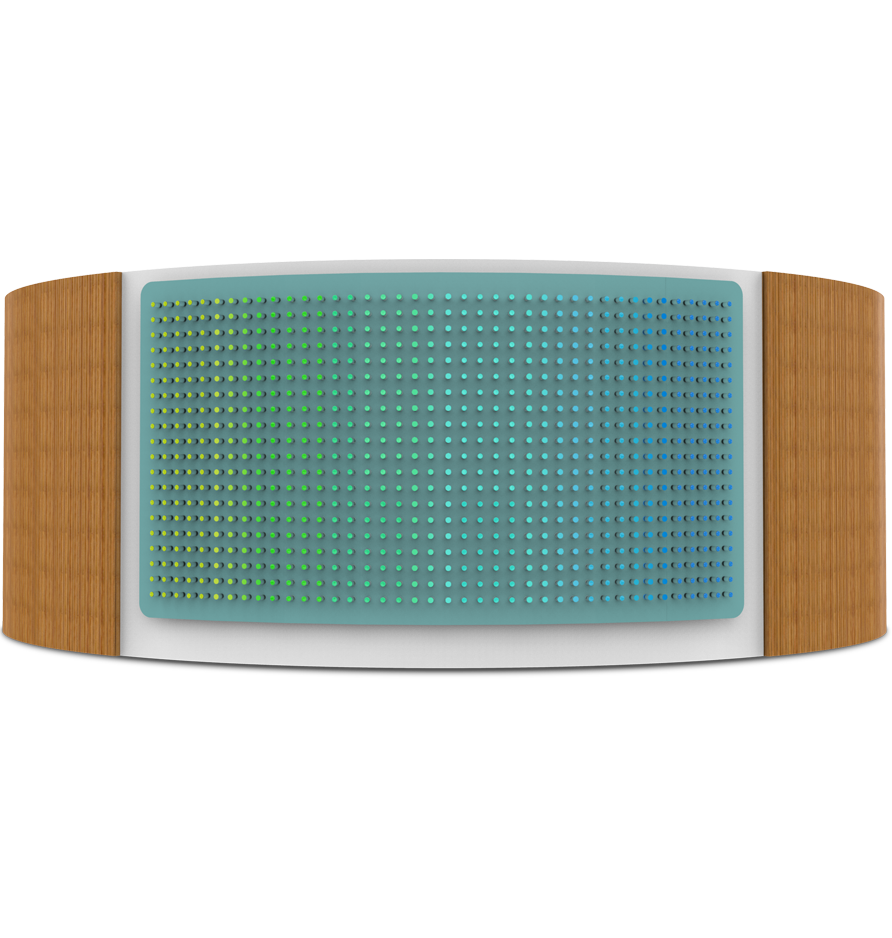 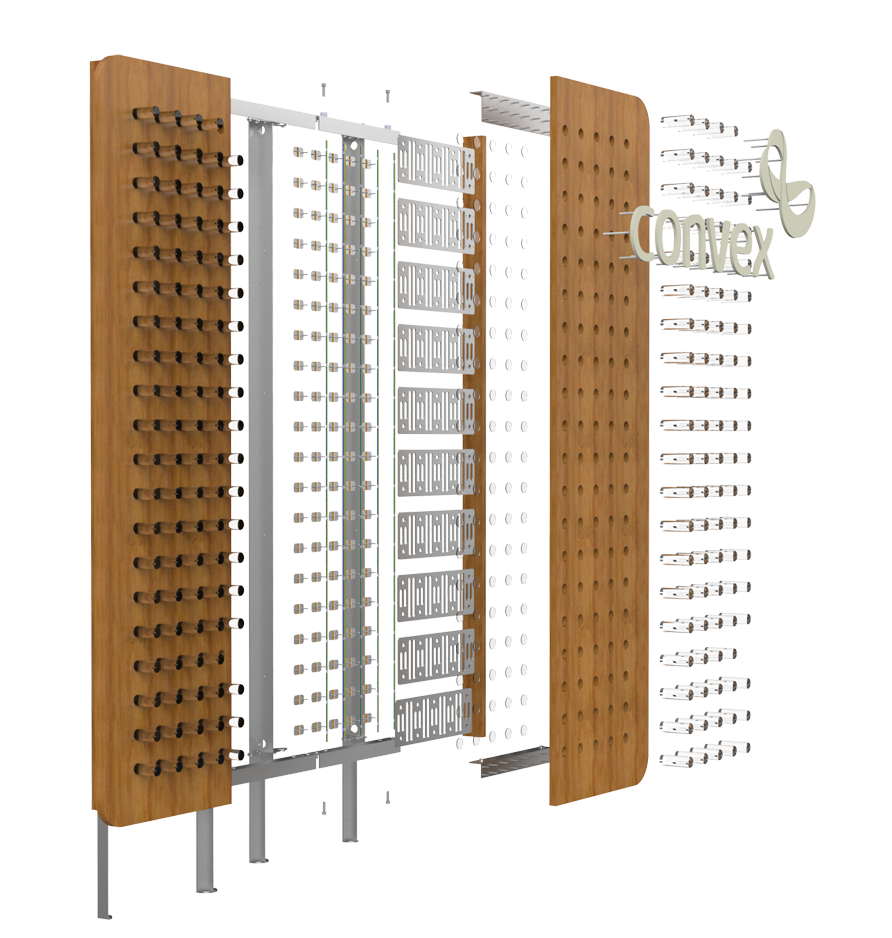 The vision of a 6 metre plus wide wall that would dominate the reception in multiple offices around the globe.

CWD worked with Pangea branding consultancy on the “living wall”, a striking panel unit that could be installed in multiple configurations.  Each panel had a series of holes with a diffuser and a programmable 12v LED to the rear.   The panels were then attached to a laser cut aluminium framework.  Electronics were designed so that the wall could display animated gifs, uploaded via Wi-Fi.

To add greater texture to the wall and to play on the lighting effects, we had hundreds of polished acrylic rods made, that could be placed within the panel holes to create an extra layer of patterning and effect.

CWD were involved in all stages of the process from concept to delivery, including: design, implementation, production and installation. 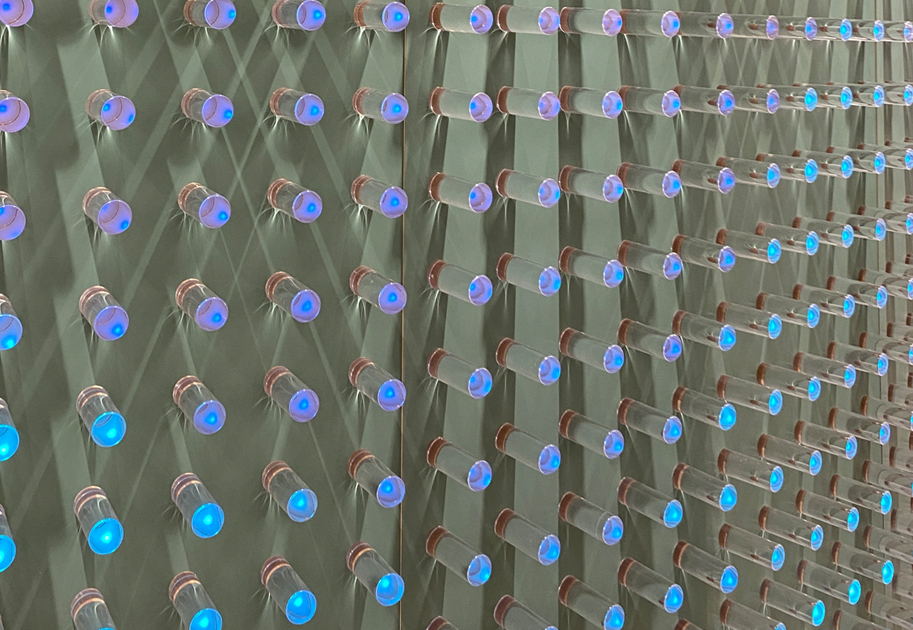 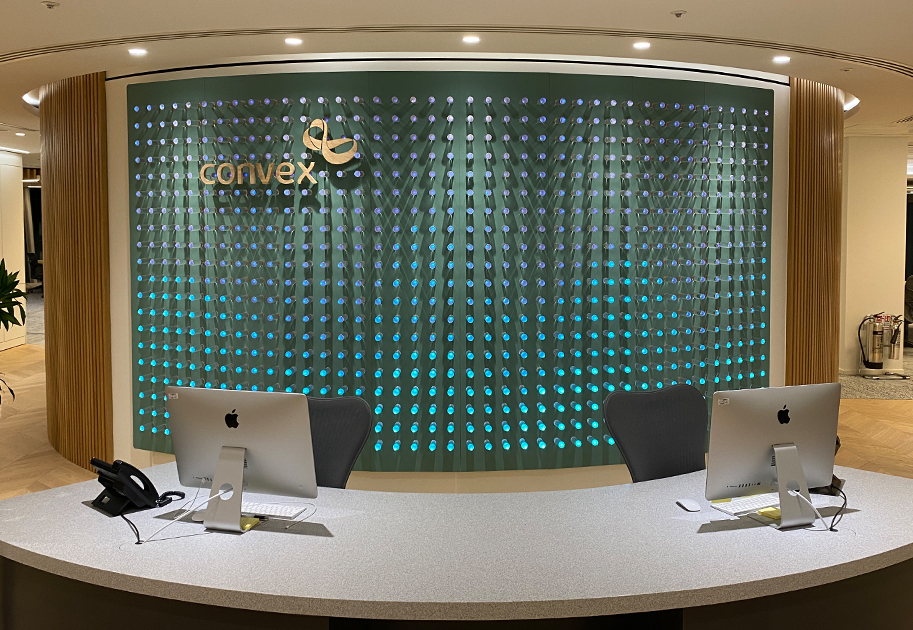 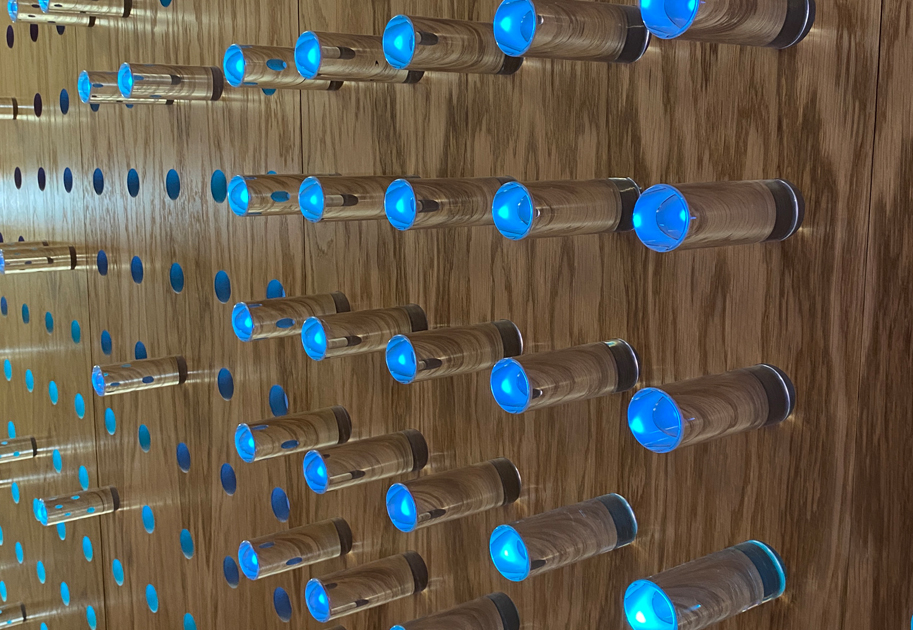 We've worked with the guys @ CWD for a number of years, they have assisted us in many aspects related to physical design. It's always a pleasure working with them and we are always exciting to see what they have produced for us.. 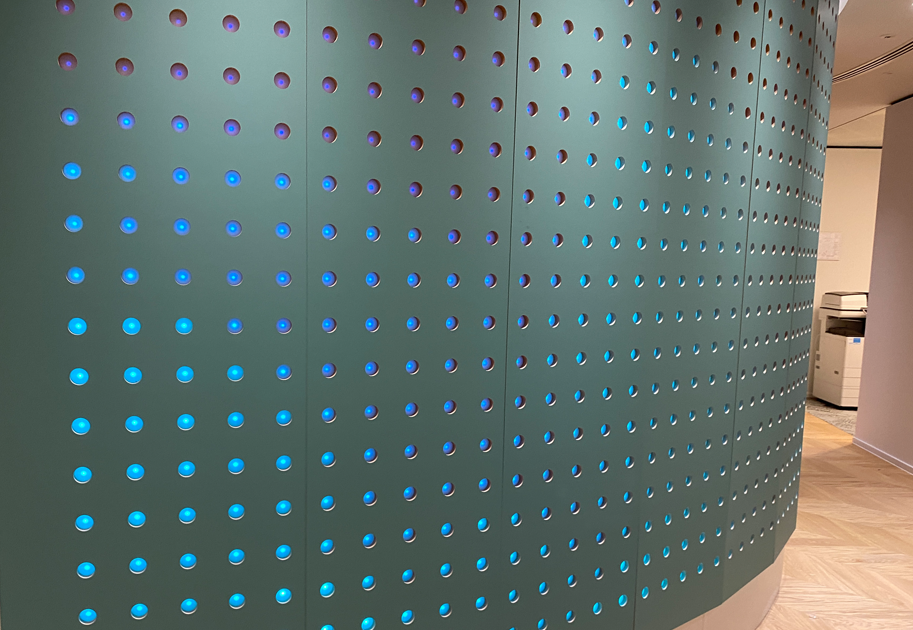 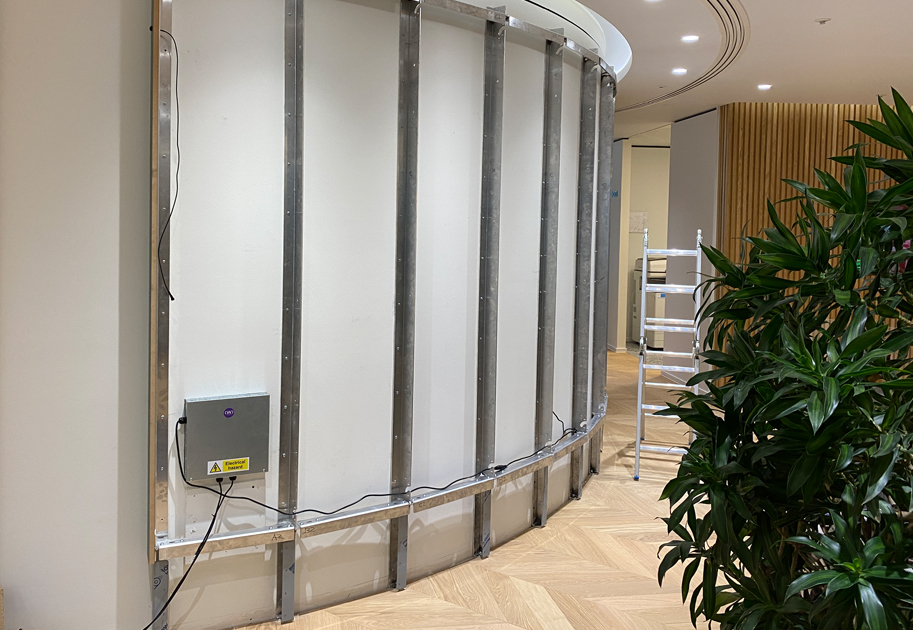 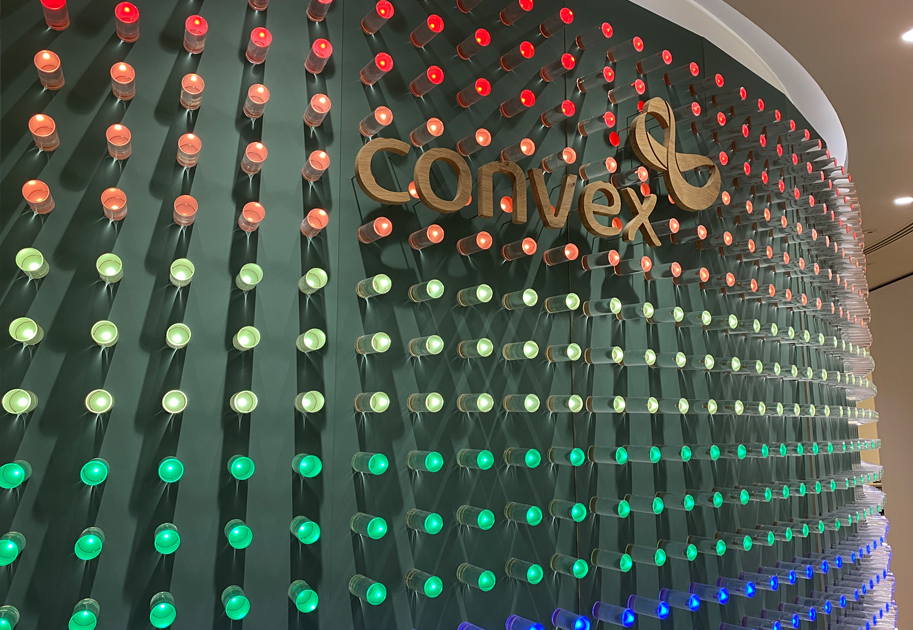